ASIAN TIMES, No one in this entire universe can stop them from achieving what they want. The enthusiastic and charismatic actor, Mrityunjay Pandey, in an interview with our reporters, discussed what a small city boy can grasp with his power and strong will.
“As a child, I had a dream of becoming an actor. Never did I think of actually accomplishing it. Once you have a dream, you fight for it despite any obstacle,” says Mrityunjay.
The journey of the young actor was never easy. He said, “Pursuing this path wasn’t a simple Walk in a park for me. I like many others, struggled day in and out for becoming what I am today. The journey began when I came to Mumbai in 2007 to kick start my career, wanting to do a movie but getting onto it was much difficult.”
“Fortunately, I got to work under Irrfan Khan I observed him practically to learn the skills. We were to do a movie together but due to his health issues, we couldn’t accomplish it. With all these ups and downs, I couldn’t get my hands on to something artistic and magical,” he added.
This was the moment that he decided to expand his horizon and find other fields to work under the umbrella of film. “I started working as an EP (executive producer) that also turned out to be futile. So, finally, I decided to go back to Delhi and do my business the artist inside me wasn’t happy doing with it.”
Mr Pandey soon realized that it was not about acting alone it was about his happiness. “ I talked to a very close friend of mine, Rajkumar Rao, about continuing into this field, he guided me like his own brother. I followed his steps and tips wholeheartedly.”
When he worked as an EP he observed every actor. The delegates, shots and the way things are to be done in front of the camera and also participated in the discussions with the whole cast and the director after the pack up to brush up his skills. This kind of hard work and dedication eventually worked for him.
“Then after some time by all my hard work and with God’s Grace, I got my major break as the second lead of the movie called ‘Dhed Bhiga Zameen’. It is such a proud moment for me, the time I had been waiting for years, although it’s just a beginning.” 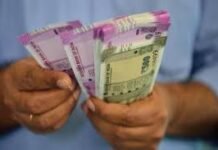 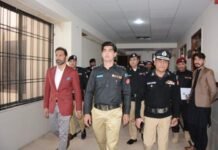 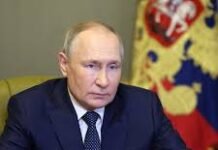